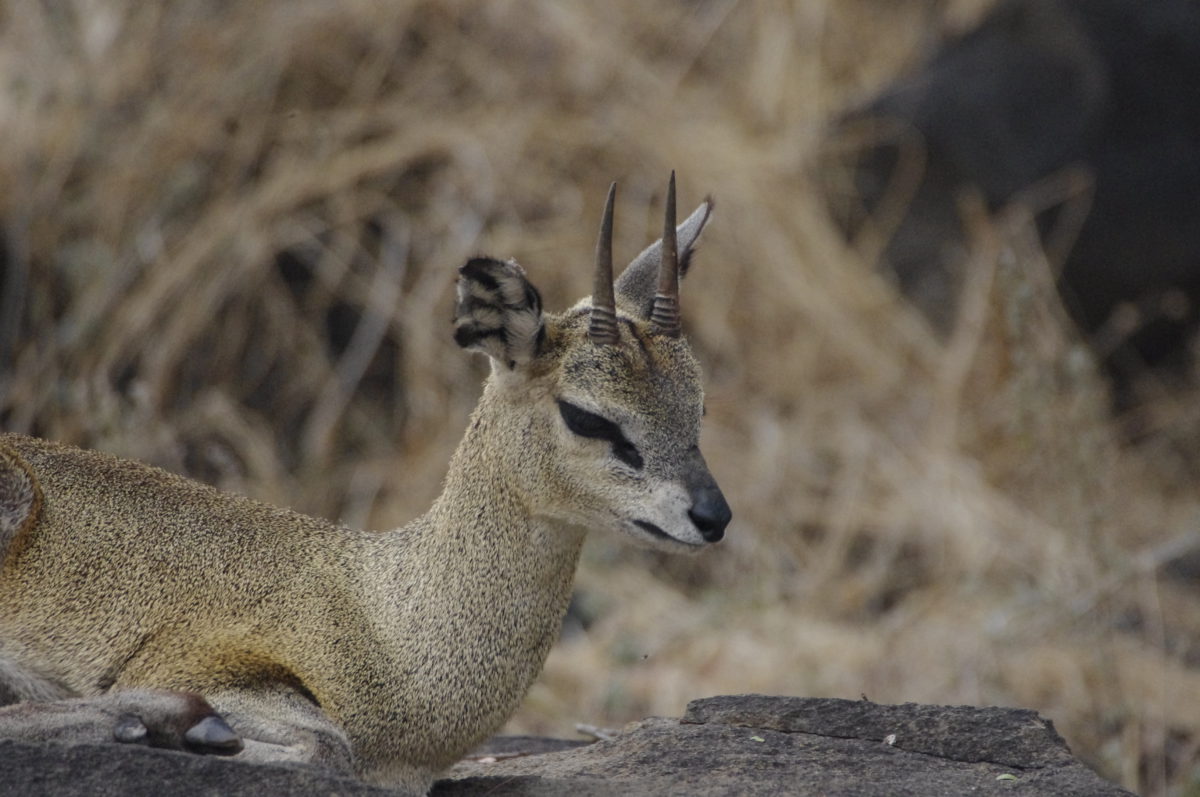 There were 5 students on the course with ages ranging from 18-43. They came from all over, UK, Namibia, Zambia and South Africa.

The course started off well with us trying to track a black rhino on the 1st day. However the search proved fruitless and the animal had already left the reserve. However it was good to know that they were in the area and that we would have to be on our toes. The week before the course started we had been seeing up to 30 elephants daily at the centre. However once the students arrived someone got a message to the elephants and they seemed to make themselves scarce save one or two individuals. By the end of the course we were starting to see them much more frequently again and we had some great sightings. They even proceeded to knock down two very large trees next to the waterhole which has changed to outlook from the pool forever.

During the course we found a hyena den with pups inside it although we never got to see them outside the den. Every day we walked past there, it was evident from the spoor that they were still there and that they spent a great deal of time playing around the den area. We were lucky enough to see 2 adult hyena on a walk not far from the den. The students were woken at about 4am one morning during the first aid course by 2 or 4 lions roaring at the waterhole and the few that were tempted to get up and look were rewarded with a sighting of them albeit by torchlite. Another notable nocturnal sighting was a white tailed mongoose, only the second one I had seen on the reserve.

The students also had a spectacular sighting of almost 200 vultures feeding off the remains of a kudu killed by a lion the previous night.

The rains never arrived as expected and by the end of the course the bush was as dry as it had been all winter. The students never got to see any green grass and it made the identification of trees much more taxing. The migratory birds were late in arriving. In fact as I write this in the middle of November we have only just had our first meaningful rain of the season so I hope that by the time this next course starts in 10 days time the grass will be coming through in full force and the trees will have regained all the summer foliage.

All 5 students sat and passed the FGASA 1 exam and all achieved over 80%. The course was a great success with 5 really nice students whose approach and attitude on the course made it the success it was.

Sorry, the comment form is closed at this time.