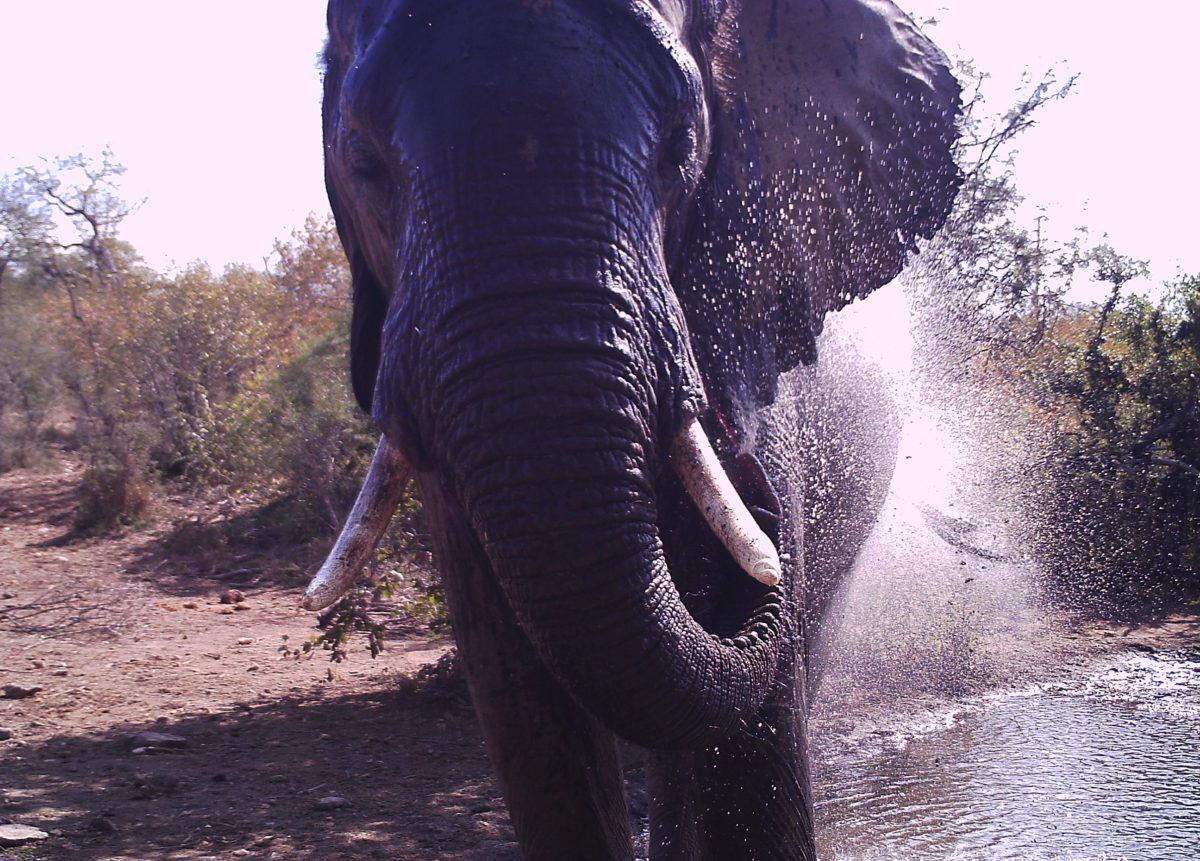 This course was only attended by 3 students. Normally I would have not run the course but a 4th student canceled a few days before hand and since 2 of the students were coming from overseas it was decided to continue. Teaching only 3 students has it advantages but running a course with this number also has some disadvantages.

The ages of the three varied hugely also from 20-64. Mike was the oldeast and was from SA. None of them are interested in pursuing guiding as a career in this country though and so teaching was aimed at mainly improving their personal knowledge levels and this also created its own challenges.

The students enjoyed much more attention than they might have otherwise had and we were able to concentrate on a number of different aspects on the walks and drives which we might not otherwise have been able to do. Sadly the downside comes in the catering aspect as it puts an awful amount of extra work on to everyone, especially when only a couple of them do most of the work. By the end of the course though things had settled down into a new sort of routine and things worked out to a degree. The students also found that they had double the number of presentations to prepare for so that they still had the advantage of learning the same number of different subjects from each other.

From a wildlife aspects the course was relatively quiet, although we did get to see a herd of 40+ buffalo on a couple of occasions drinking at the waterhole in font of the centre. We also had a few visits from elephants but even these kept their visits intermittent after the first week or so. On one mornings walk we had spoor from lion, leopard, hyena, elephant and buffalo all within 500m of the centre. This helped to boost everybody’s anticipation that we might get to see them but it didn’t happen. Two students thought they saw a leopard on one of the drives but nothing could confirm this and it remains a mystery as to exactly what they saw.

Kruger Park was also quite quiet although we did see large herds of buffalo and elephant. We luckily saw 2 honey badgers one morning as well as some tssessebe other general game. The birdlife was also relatively good. We spent 3 wonderful days camping at the rustic Tsendze Bush camp just south of Mopane. The camp has no electricity but we found it to be very clean and with friendly staff.

All 3 students passed the course, but only one managed to pass the FGASA exam at the end of the course. One student also decided not to do the practical evaluation.

This is the last course for this year as I have taken on a contract with Birdlife SA for 6 months. I look forward to reporting about a new intake of students in February/March next year.

Sorry, the comment form is closed at this time.