Living in the African Bush, A dream or reality?

Living in the African Bush, A dream or reality? 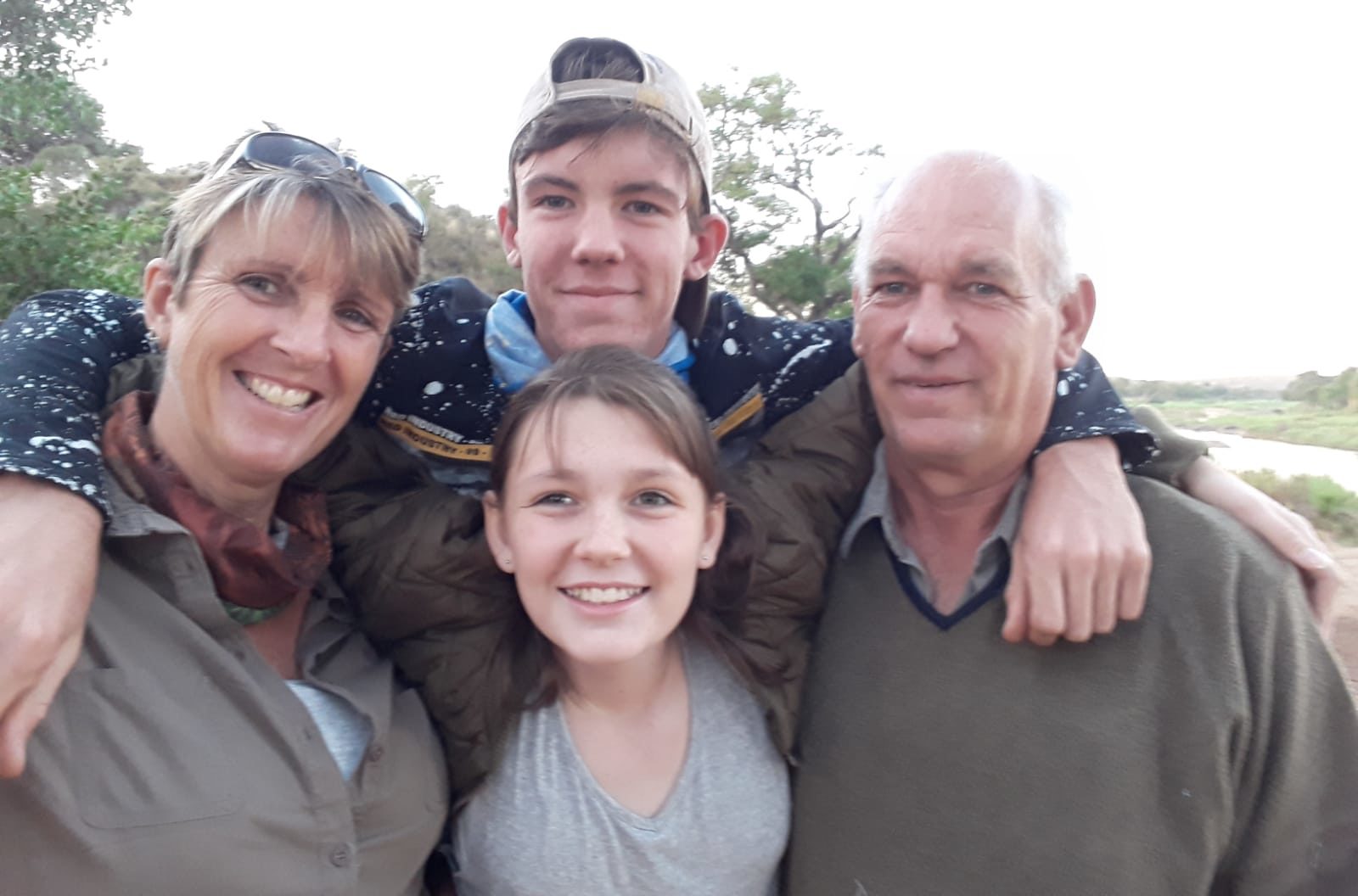 OK I have been told on a number of occasions I must write a blog about my family’s life in the bush, so here goes the 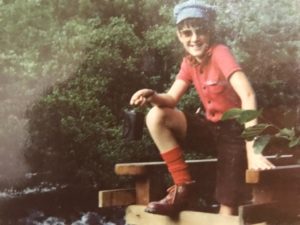 first of many that hopefully will keep you entertained and maybe encourage you to come and experience the African Bush for yourself!

Most people have dreams and ambitions; mine, as a little girl growing up with my family in Sussex, England; was to live in the African Bush. I would always be outside looking for animals and exploring.

Whenever I watched an African wildlife documentary it would get under my skin and I would get a feeling go through my body that was quite unexplainable; most people who knew me believed I would wake up from my dream one day and realise reality! I even wrote a letter to George Adamson asking him how I can go about living in Africa and working with wildlife, and amazingly he actually replied to my letter and signed it. This is one letter I will treasure forever.

I never did wake up and stop dreaming, and 19 years ago my dream became reality. After studying Environmental Biology at University and undertaking numerous animal and environmental related jobs, such as a Zoo Keeper at Drusillas Zoo, and a teacher at a Children’s Environmental Education Centre, I decided to set off backpacking to South Africa where I happened to meet Ian.

Like me, Ian had a very strong interest in wildlife from an early age but had an advantage as he was born in Malawi and grew up in the countryside of Zimbabwe and then later moved to Lancaster, England back to his family’s farm where he furthered his education and eventually worked at Whipsnade Wild Animal Park as a keeper. Having qualified in Zoo Animal Management he returned to Africa and started working at Thornybush Private Game Lodge as a field guide for 8 years. He has qualified as an SKS (DA) (Special Knowledge and Skills- Dangerous Animals) guide with FGASA (Field Guides Association of South Africa), and has the theory aspect of the SKS Birding qualification. 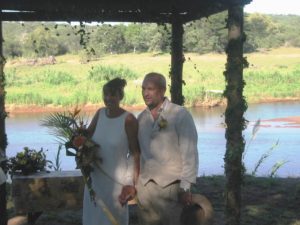 Ian and I married in 2003 on the banks of the Olifants River in Grietjie Nature Reserve to the sounds of African Drummers and Dancers and we now have two beautiful children Cary, who was born in 2004 and Savanna, born 2008. My real bush babies! 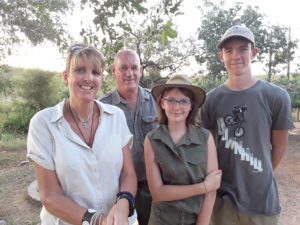 My family and I live in Grietjie Private Nature Reserve which is within the Greater Kruger National Park, where we run Antares Bush Camp and Safaris. If you have ever wondered what life is like living in the African Bush, it’s very different to living in England. Life here is never dull and you never know what each day is going to bring

There may be a snake in the roof, or a scorpion in my daughter’s hair! (That’s another story!); the elephants may have drained the swimming pool, or the buffalo the waterhole!  The best is being woken in the morning by a herd of elephants outside the bedroom window, many times I have sat in bed watching them strip the bark from the trees and play with each other and often I still have to pinch myself to check I am actually living in the dream! “How many other people can say they can sit in bed and watch wild elephants feeding?” I used to play lullabies to my children to help them get off to sleep when they were babies; my own lullabies are listening to the lions calling to each other; although I never get to sleep very quickly as I lay waiting for the next call and now that Savanna is older she will often call out if she hears them in the night to Ian and I and ask if we can go looking for them! Both Cary and Savanna have become enthusiastic conservationists and love wildlife and I will talk about that another time.

Since first arriving in the bush 19 years ago I have encountered and learnt so much about the wildlife having also completed my Level 2 FGASA guiding qualification. I remember one adaption I had to get used to when I first moved here was pumping our own water from a borehole. You tend to take water for granted living in the towns and cities and you never really think twice about how much you use or even about running out! 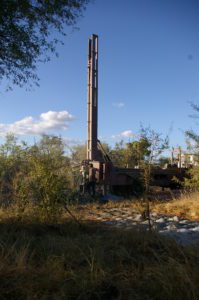 Occasionally our borehole pump breaks down resulting in no water. The result is usually, having to haul the extremely heavy pump up out of the 130m deep borehole and on one occasion our borehole ran dry so we had to drill for a new borehole! Living in 40oC heat with very little water for a day or two is a good experience of survival skills!

Prior to opening our self-catering Bush Camp we ran a Field Guide Training course. The training course taught students how to become a Field Guide. Field Guides take tourists on safaris and explain the processes that take place in nature and are a vital link in the system of passing on the message of conservation and encouraging tourists to become more concerned with the protection of the environment and endangered species. However after 17 years of training over 300 students and plenty of stories we decided to convert the facilities into a self-catering Bush Camp.

This is now a new chapter in our lives and we hope to share our amazing safari experiences and life with many more people.

During these blogs I will both chat about bush life recently and in the past as there are many stories to tell!