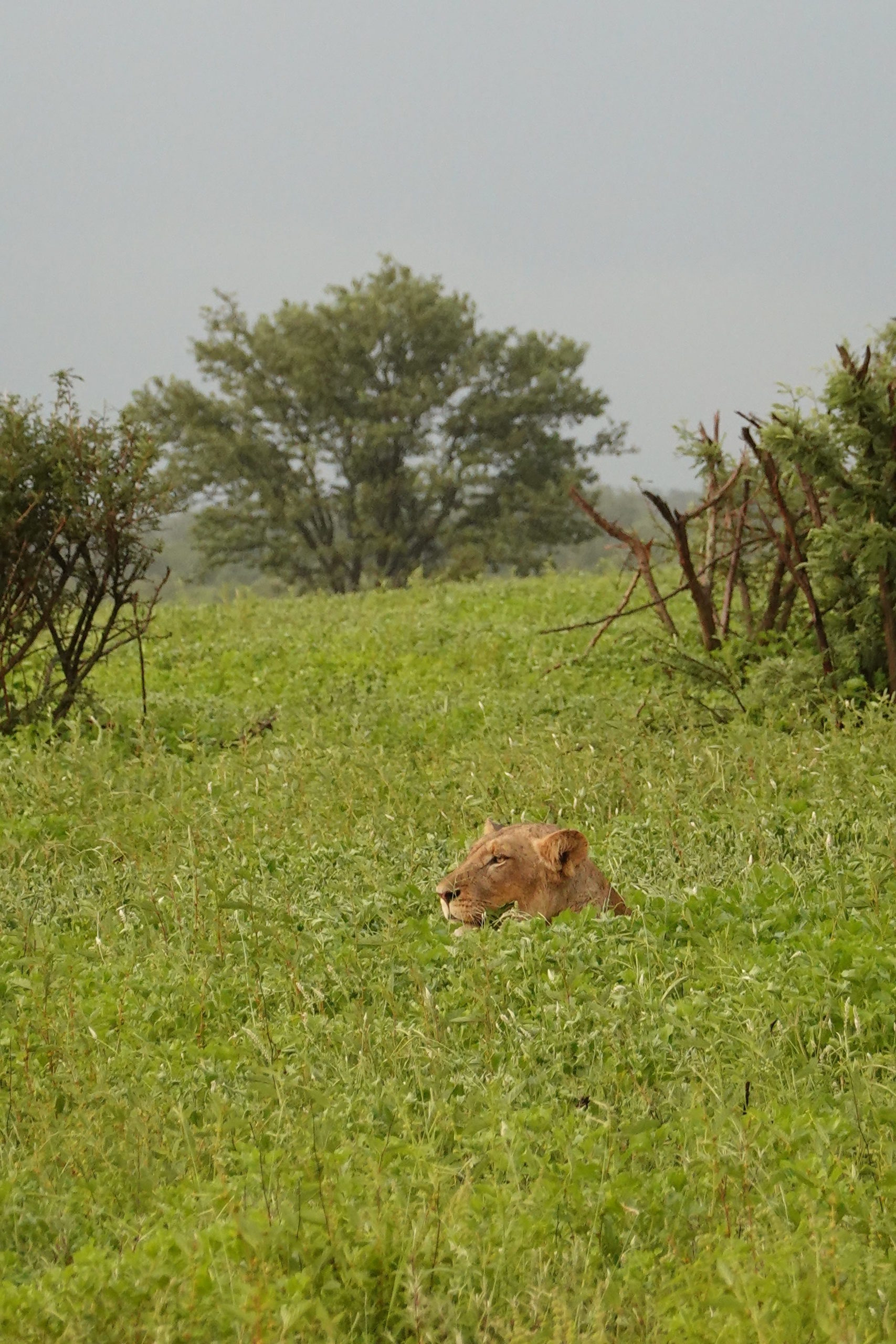 Ian had been on drive with guests in the morning and tried in vain to find a pride of lions that had been seen earlier in the morning. The conclusion was that a small breeding herd of elephant that was also in the area had caused the lions to get up and move. Sadly by the time Ian got to that part of the reserve both lions and elephants were nowhere to be seen but there was evidence all around in the form of sufficient spoor and dung to know that it wasn’t a New Year Hoax.

In the evening our family went back to the area as our guests decided to sit it out in Umgede hide and see if anything was going to show up. Rain was falling further to the south and Mel reminded us all to take rain jackets just in case but not all of us listened! A short search around the dam still showed no sign of the lions from the morning so Ian explored closer towards Grietjie Berg itself where we came across a small breeding herd of elephants. It looked like they were heading towards the next waterhole so we went ahead to wait for them only to discover a marula tree across the road. Cary and Ian jumped out and cleared what they could but they were stopped short by the elephants arriving on scene. This was actually their chosen destination and not the other waterhole as they spent the next twenty minutes munching away on the broken branches and pulling more branches down. By this stage the wind was picking up and the clouds had rolled in and the rain was falling just north of us. We thought we had got away with it but that was to prove a premature thought. 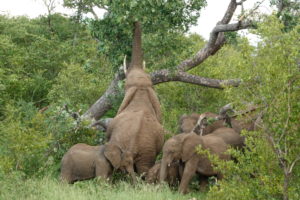 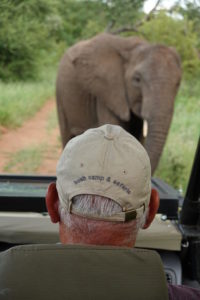 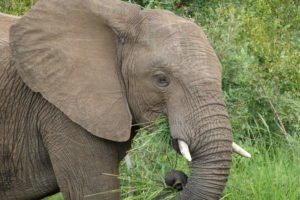 Leaving the pachyderms to enjoy their meal we headed down the road to carry on with our drive when a male lion strolled out just ahead of us. With the change in weather the lions were on the move early tonight. It didn’t take long before he had disappeared from sight and we drove down the next road hoping to get another glimpse of him. We were however rewarded with not one lion but six more, 5 females and a sub-adult male. By now the rain was starting to come in horizontally and we were pretty much soaked through in the first few minutes. The lions however were unfazed by the rain as their focus was strongly on a herd of wildebeest 200m further down the hill. We spent the next 20 minutes or so watching with great anticipation that we were going to witness a New Year kill. The one lioness couldn’t get closer to the ground if she tried- she was literally crawling on her belly through the vegetation inch by inch. 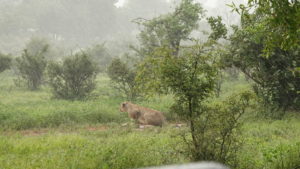 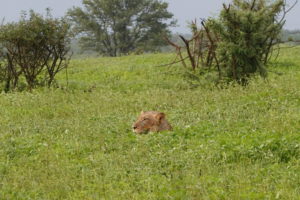 After some time the wildebeest moved off before she could get within 50m and the lions really didn’t have a chance. Once that was over they continued in a determined walk in the direction the wildebeest had gone. Whether they tried again later in the night or not we never found out.

It was time for us to head home for our lovely Roast Pork that we had left cooking in the oven. Sadly that was not to be either, as the power was off and in fact was only restored about 11pm. The problem was apparently Eskom wires blowing into each other in the strong winds and shorting out the whole reserve. Well Cheese and Biscuits became the meal and we all went to bed early instead.